I gave an Economic policy working group talk at Hoover on Wednesday, on a little essay “r<g” with some earlier thoughts from “low interest rates and government debt” If the above embed doesn’t work, it’s on the Hoover webpage here.

Does an interest rate lower than the growth rate of the economy mean that debt is a free lunch, or at least a really cheap snack? I don’t think so. Major points: the r<g scenarios of one-time borrowing or financing a small deficit are irrelevant for the US actual fiscal issues of perpetual huge deficits and exploding debt. I also grapple with the economics. An economy can have a well defined debt equals present value of surpluses, in which deficits must be repaid, yet show E(r)<E(g). The usual finite horizon discount factor tricks can blow up. Toward the end Markus Brunnermeier catches a subtlety important to my characterization of his work, which I will fix in the next draft, though the existing points seem to go through. (Thanks Markus for showing up and pointing it out.)

I started with a bit of a snarky comment which I now regret, that r<g had fallen out of favor relative to “we have to pay for it, raise the corporate tax.” I gather the big budget to be announced Friday moves discussion of “debt sustainability” away from debt to GDP ratios and to interest costs. So r<g, just how long it will last, and just what falls apart when it changes is like, will be back full force in the policy arena.

Lots of r<g papers are being written with many subtle mechanisms. This is an effort to get to basics. 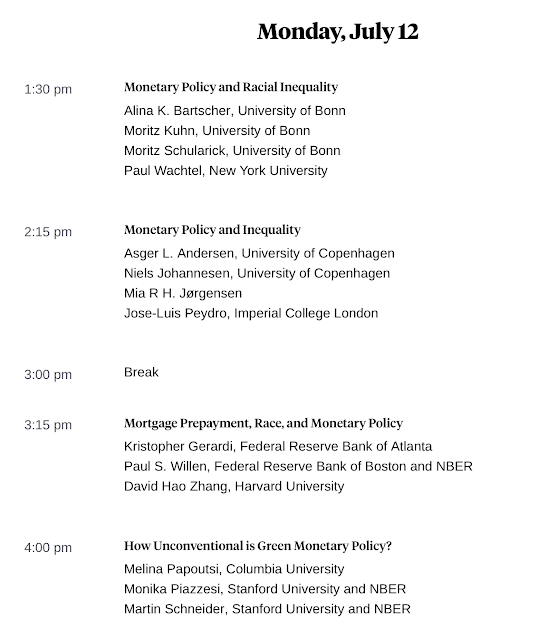